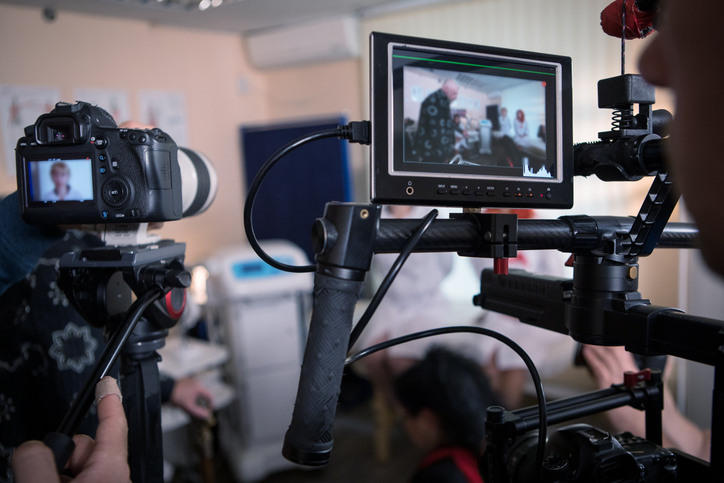 When I was in college studying video, I always pictured myself ending up on a film set helping to tell a story of a hero and their journey—their lines made up, their actions predetermined, and their emotions conveyed with music. Yet, somehow, I’ve found myself telling the stories of those whose journeys are not made up, whose actions have real-world consequences, and whose passions help save lives.

Over the past couple of years, I’ve traveled around the country and the world to help spread the knowledge and stories of oncologists through video interviews. Listening to an abundance of these fact-based findings and intensive care strategies, I’ve realized how special these people really are and how much work they put into their career. Granted, listening to most of them speak is like me trying to explain to my girlfriend why her new Samsung TV that plays movies at 60 frames per second looks like a low-budget soap opera because it’s not playing at 24 frames per second like it should be—but that’s beside the point. I know what they are saying is important, and in return, they make my job feel more important.

Speaking of my job, it’s basically to make these speakers look good on camera, whether it be on set or in postproduction. I’m the video editor, and sometimes, a DP (director of photography). You’ll mostly find me on the computer with my headphones on as I watch and edit our interviews over and over to the point where it feels like I actually begin to know the researchers on camera.

A good production setup often comes with its challenges. It’s not everyday we are given a five-star, feature-film Hollywood studio to conduct these interviews. There have been a handful of scenarios when we’ve arrived at our location to a much smaller room than anticipated, or a space in the middle of an exhibit hall, or to a crew that barely spoke English—and have had to improvise a bit to make things work.

Every speaker generally needs three things: lights, a microphone, and cameras. The trick is getting all these things to work in harmony in order to create the finished product.

From my personal experience, the biggest challenge comes with lighting. We often use a green screen, which requires a fair amount of well-balanced light to look good—and by balanced, I mean it must be lit evenly and softly. The light must be the same brightness across the whole screen, with as little shadow as possible. This is often done by using a diffuser, which is a partially opaque screen that is placed in front of the light to lessen its harshness. Then, the speaker must also be lit well—but not too brightly, or else they will begin to shine.

After the lights are set up, we then place a lavalier microphone on the speaker’s clothing with a little clip. This is followed by a sound check to make sure their voice is not too loud or too soft. This process also comes with its challenges, which usually narrow down to ambient noise being present. We sometimes have to cut in the middle of a take due to one of these interruptions, but we always pull through and everyone is able to say what they need to say.

Additionally, we have multiple podcasts that I help to produce, including The ASCO Post Podcast and the JADPRO Podcast. Featuring the talented voices of my colleagues and key opinion leaders, we record and edit in-house with our own equipment. This includes two Rode condenser microphones and a Zoom H6 recorder. The Zoom is a nifty little device that is small enough to pack in our travel bags and take on the road to any location. The best part is we don’t even have to bring our larger microphones along, as it has a built-in mic ready to go. Aside from recording our own exclusive podcast content, we sometimes are able to pull audio from previously recorded videos to include as a primary source.

Lastly, we have the cameras. Our Panasonic GH5s are the backbone of our production. With the ability to shoot in 4K resolution, they offer extremely high-quality video with the flexibility to manipulate footage further in postproduction. Take scaling, for instance—we can shoot an interview with one wide shot, and later on zoom in to create a close-up shot. Multiply those two shots by two cameras, and we have four different shots of the speaker. These cameras are small, so we also have the freedom to shoot handheld to get some more interesting shots and keep our viewers engaged. Plus, the GH5 is a mirrorless camera, which means it doubles as a tool for great still photography.

The travel aspect of my job can be difficult, but not without its benefits. It’s allowed me to get to know some of my colleagues better as we share unique experiences together—from eating a 10-course meal in a shipping container, to taking a 5-hour Uber home from a shoot in a snowstorm, to drinking coffee beside the Sagrada Familia in Barcelona (all true stories!)

At the end of the day, I’ve grown to appreciate elements of my work that are generally not visible to most people. The work that goes on behind even the simplest of film sets can be complex and unpredictable, which is what makes it challenging—but very rewarding. The concept of “movie magic” has started to become more of a science, and the well-known faces from the pages of oncology journals have become real human beings, guilty of funny stories and imperfections that make them relatable and personable. I’m looking forward to continuing to provide an outlet for them to let the world know about their life-changing research.